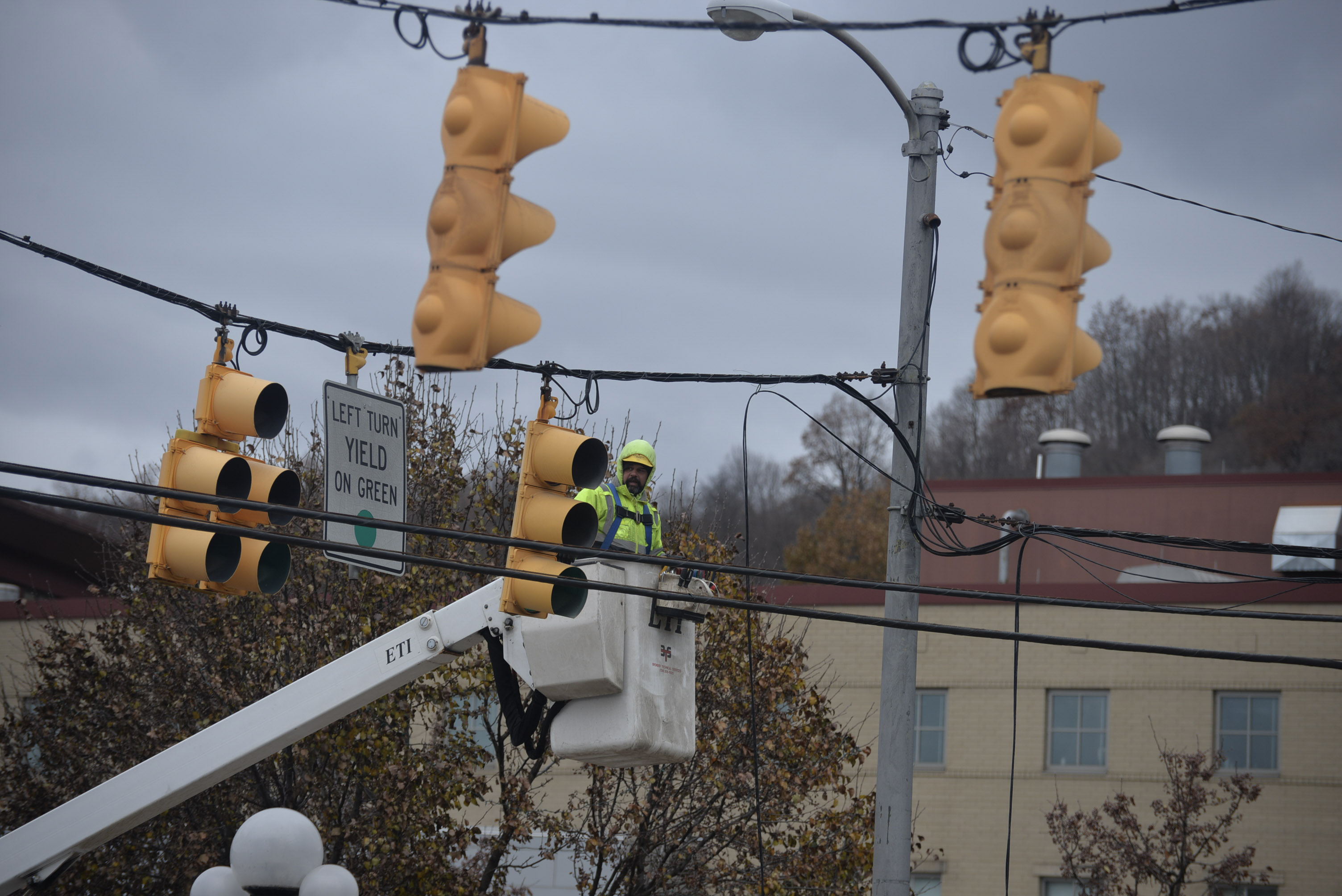 New, synchronized traffic lights along the main corridor of Midland will bring the community long-anticipated safety enhancements and security upgrades — thanks in part to a grant from Lincoln Learning Solutions.

Installation work is mainly complete on the nearly $500,000 Midland Borough “SINC-UP” project that began in November, according to Midland officials, who say minor elements are being addressed. 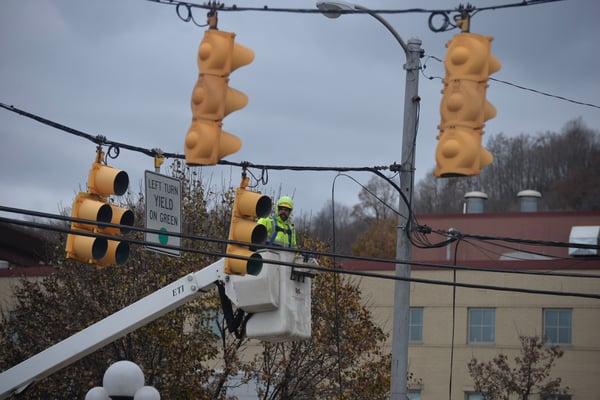 The project involved retiming seven traffic signals along Midland Avenue, or State Route 68, along with installing new technology and equipment.

The system now uses radar to coordinate traffic lights and side streets based on demand rather than changing from red to green at fixed intervals. Bronder Technical Services Inc. of Prospect, Butler County, was contracted to do the work.

Lincoln Learning Solutions provided a $49,611 grant, or 50 percent of the borough’s portion of the cost, following a request for support.

“We also have our partners here with PA Cyber, Lincoln Park Center, Lincoln Park Performing Arts Charter School and others, and their safety was our core concern.” Pacinda said. “Midland wanted to coordinate the traffic signals because it sees the smooth and swift flow of traffic through the business district as imperative to its economic health and safety.”

Midland Mayor Angela Adkins said the borough’s economic development and blight management plans identify managing traffic, particularly truck volume on Midland Avenue, as a critical issue to improving pedestrian safety and air quality in terms of attractiveness to businesses and visitors, and the health of residents and workers coming into Midland each day.

“They were antiquated,” Adkins said about the traffic lights. “They were bad.”

Adkins said the borough is experiencing a burst of growth, from new restaurants and industries to new residents and families. Several years ago, the Midland Development Corporation applied for a grant to replace its aging signals.

“You want the population to grow, the school district to grow, you want to bring in new businesses, and new tax dollars,” she said.

More than 9,000 vehicles are estimated to travel Midland Avenue daily. In a request for assistance, Midland officials said improper signal coordination caused vehicles to spend too much time idling at multiple lights as they worked their way through town, creating congestion and poor air quality downtown — particularly during peak times in the morning and evening.

Midland Avenue’s heavy truck traffic is due to several factors that include local industrial sites, proximity to natural gas drilling, local schools and cultural institutions in town. The corridor also serves as a vital evacuation route with Midland as the primary and back-up emergency responder to several large hazardous sites, including the Beaver Valley nuclear power plant and several propane and gas storage facilities.

A 1,200-vehicle parking lot was also constructed near 12th Street to accommodate Shell Corp. employees working at the ethane facility just 3 miles east of Midland. Typically, adding a larger volume of motorists would create even heavier congestion along the designated area.

“Midland Avenue at 5 p.m. in general is extremely packed,” McCarthy said. “That’s the time buses and cars start to leave. You already have a busy road. Now you have 1,200 new cars and buses that weren’t here before. Well, we have the ability to manipulate the lights and allow us to just transition through it.”

In addition to energy-saving and cost effectiveness, the new equipment syncs up with emergency vehicles and can be timed on demand to facilitate traffic flow. McCarthy said the police department performed a test run and the lights worked well.

“It’s definitely a safety thing,” Adkins said. “When you have traffic trying to get through the city, and it’s stop and go, stop and go — people tend to go through the yellow lights. But if you have it timed so that it’s all green, traffic flows a lot better. It’s a lot safer for pedestrians and students.”

It's Never Too Early to Read to Your Child

On May 6, Lincoln Learning Solutions and Big Brothers Big Sisters (BBBS) of Beaver County shared an...